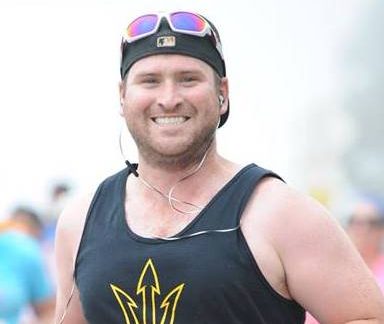 I was born in Santa Cruz, California and grew up playing all different sports before landing on my passion of hockey. I played youth hockey in San Jose, California, and Las Vegas, Nevada before moving up to competitive travel and high school hockey in the Phoenix, Arizona area. After high school, I attended Arizona State University where I received my Bachelor’s Degree in Communications in 2012 and played Division 2 ACHA hockey for the Sun Devils. I found CrossFit in 2013 after my cousin introduced me to it and instantly fell in love. With CrossFit, I felt I got more out of it in one hour than I would at a normal gym by myself in two hours. I love being a part of the CrossFit community, working with like minded individuals all trying to reach common goals. I moved to the Seattle area with my soon to be wife, Jaime, in January 2018 and quickly got involved with the GCCF community. After a few months as an athlete, Josh and Annie approached me about coaching. With their great support, I completed my CF-L1 in July 2018. Though I am new to coaching, I look forward to getting to know every athlete in the gym and helping them achieve the goals they set for themselves.